My Story Magazine 10 months ago

What Every Young Entrepreneur must know in 2018 – John Armah

MEET KING BUARI- OUR ENTREPRENEUR OF THE MONTH

MEET THE FOUNDER AND CEO OF SHOPNAW, BENJAMIN OSEI ASANTE

My Story Magazine 7 months ago

PATIENCE!!! THE SECRET INGREDIENT OF WEALTH MAKING FOR CRYPTOCURRENCIES

Meet Alloysius Attah – Our Entrepreneur of the Month

“Whatever you can do or dream you can, begin it. Boldness has genius, power, and magic in it.” -Goethe

Inspired by the words of Goethe, a man left his successful engineering career at Microsoft in the United States of America and returned to Ghana. With the aim of redefining ethics, innovation, and entrepreneurship in Africa on the tenets of scholarship, leadership, and citizenship, he built his dream of creating a new kind of African university. This is the story of Patrick Awuah, founder of Ashesi University. Ashesi, which literally means “beginning” in Akan, has grown to become one of the leading universities in Africa and the world.

An African-American woman rose from poverty to build a thriving beauty empire, and became the first (documented) female self-made millionaire. Madam C. J. Walker was inspired to create hair care products for black women after she suffered hair loss. ‘Self Made’ which was recently released by Netflix was inspired by her life. The movie chronicles her struggles and journey towards building her beauty empire.

Visualization is one of the most powerful skills people possess. Being able to recreate or envision the life you want (coupled with hard work and resilience) can help you to achieve your dreams.

Noted as one of the greatest forms of mental exercise, visualization is very popular in sports. Many athletes have employed this technique throughout their career. According to Psychology Today, seasoned athletes use vivid, highly detailed internal images and run-through of the entire performance. These they do by engaging all their senses in their mental rehearsal and combining their knowledge of the sports venue with mental rehearsal. World golfing champion, Jack Nicklaus, has said, “I never hit a shot, not even in practice, without having a very sharp in-focus picture of it in my head.” Heavyweight boxing champion, Muhammad Ali,used different mental practices to enhance his performance. He combined practices like affirmation, visualization, mental rehearsal, and self-confirmation to become one of the greatest boxers of all time.

Most creative processes begin with the art of visualization. Before an artist creates a work of art, he visualizes the piece he wants to create. As he begins to draw or paint, the image he envisioned begins to take form. Initiatives, such as advertising campaigns, mood boards, concepts, event designs, and architectural designs are developed based on visualization.

Our mind is a very powerful tool that informs our ability to visualize and imagine things. So the question is, how far can you see? Let’s take a look at the story of Abraham.

Take note of what God told Abram, “As far as your eyes can see…” It all starts with what you see. So, how far can you see? Let’s take a look at how we can harness the power of visualization.

Imagine it; paint the picture in your mind

Then the LORD answered me and said: “Write the vision and make it plain on tablets, that he may run who reads it. For the vision is yet for an appointed time; But at the end it will speak, and it will not lie. Though it tarries, wait for it; because it will surely come, it will not tarry.” Habakkuk 2:2-3

This scripture underscores the importance of writing down visions. Writing down your vision helps you to take stock of your goals and dreams, in order to take the necessary action to accomplish those goals. You can keep track of your vision by keeping a journal or using a vision board, which is a popularalternative. A vision board provides an overview of one’s goals. Having a visual presentation of what you want to achieve helps you to keep things in perspective.

You can’t share your dream with everyone. You don’t want to share it with someone who will discourage you, even before your dream takes flight. Talk about it with someone you trust. Recently, a friend sought my opinion on a project. Because I believe in what my friend wants to do, I offered to assist. Once you begin to work towards your goals, you will meet people who will believe in your dream and support you through mentorship, coaching, and sponsorship. Sharing your dream can also help you find the right people to form a team for achieving your dream.

Patrick Awuah returned to Ghana because his wife and other people believed in his dream. According to The Washington Post, Obama initially thought the phrase “Yes We Can!” was “corny”, but Michelle convinced him otherwise. These words,which were first used when he was running for the U.S. Senate in Illinois in 2004, became his campaign mantra, and were widely used at political rallies among others.

Madam C. J. Walker didn’t just wake up to build a beauty empire. She created a plan and worked towards it. Despite the odds, she was determined. She created the Walker System,which involved scalp preparation, lotions, and iron combs. She distinguished her products by emphasizing their benefits. She sold her products directly to black women, using a personal approach that won her loyal customers. She went on to employ and groom women to sell the products.

Patrick Awuah acted on his dream. In 1998, he, together with Nina Marini and some graduate students from UC Berkeley, conducted a feasibility study for establishing a private university in Ghana. After extensive background work, Ashesi University opened its doors in 2002 in Labone with a pioneering class of 30 students. Currently, Ashesi’s state-of-the-art campus is located at Berekuso. Over the years, it has grown to become one of the leading universities in the world. My friend is already acting on her dream. She is set to launch the project she told me about, and I can’t wait for it to take off!

These are uncertain times but that shouldn’t stop us from visualizing the goals and dreams we want to accomplish. Let’s use this period to reinvent and stay positive.

Let me reiterate the words of Goethe, “Whatever you can do or dream you can, begin it…”

It all starts with what you see. What do you see? 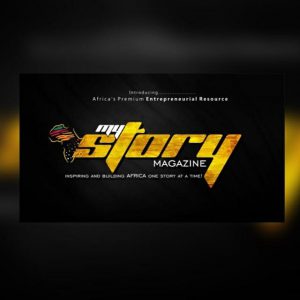 How to Monetize Your Skills – Nana Akua Amofa 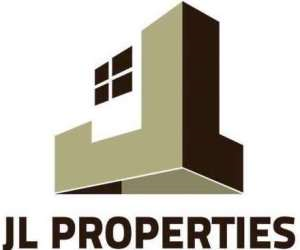 My Story Magazine 12 months ago

My Story Magazine 1 year ago

My Story Magazine 1 year ago 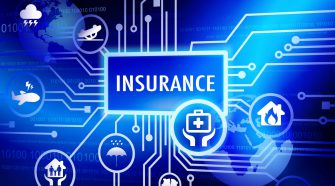 My Story Magazine 2 years ago
×